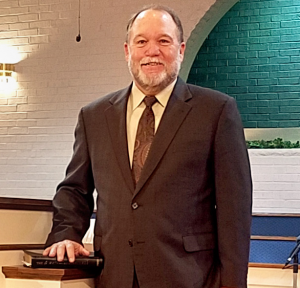 Pastor Love is from a small town in South Carolina where he was saved at the age of 15 and called to preach at the of 16. On the advice of his pastor he attended Clemson University where he received a BA in History. He then earned a Masters in Theology from Galilee Bible Institute in Monroe, NC and a Doctorate in Theology from Faith Theological Seminary in Milton, FL. His first pastorate was in his hometown where he pastored for nine years. A brief pastorate in Maryland led to coming to West Virginia to us here at Tri-State Baptist Church. He has been here since 1995. He is married to his high school sweetheart and they have two daughters and two granddaughters.